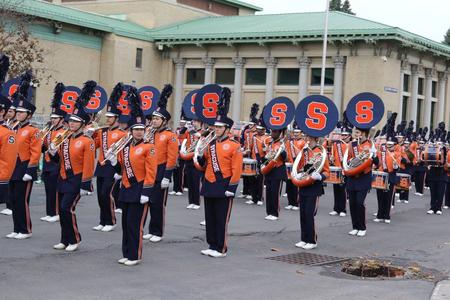 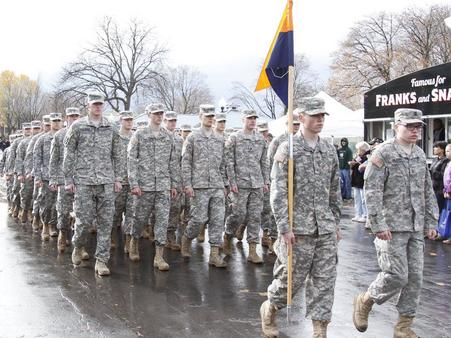 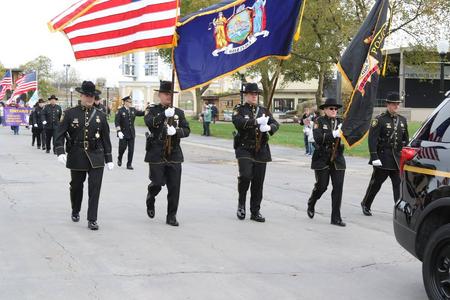 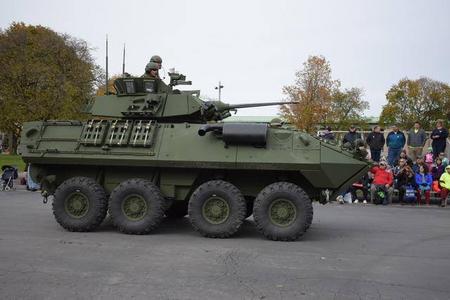 The focal point of the day is the one and one-half hour long parade, beginning at noon, and featuring more than 90 veteran and military organizations from throughout Central New York.  Local high school marching bands join the procession adding patriotic charm with their performances. The parade is based on old-fashioned military style parades and features military vehicles, local military units, and many contingents of Veterans of Foreign Wars (VFW) and American Legion Posts. Every branch of the armed services and every conflict since and including WWII are represented. Veterans who participated in prior years have expressed gratification at seeing the crowds waving flags and acknowledging them as the parade winds around Chevy Court. 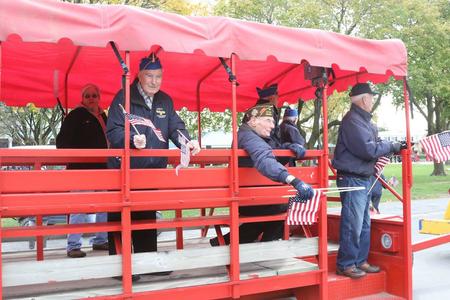